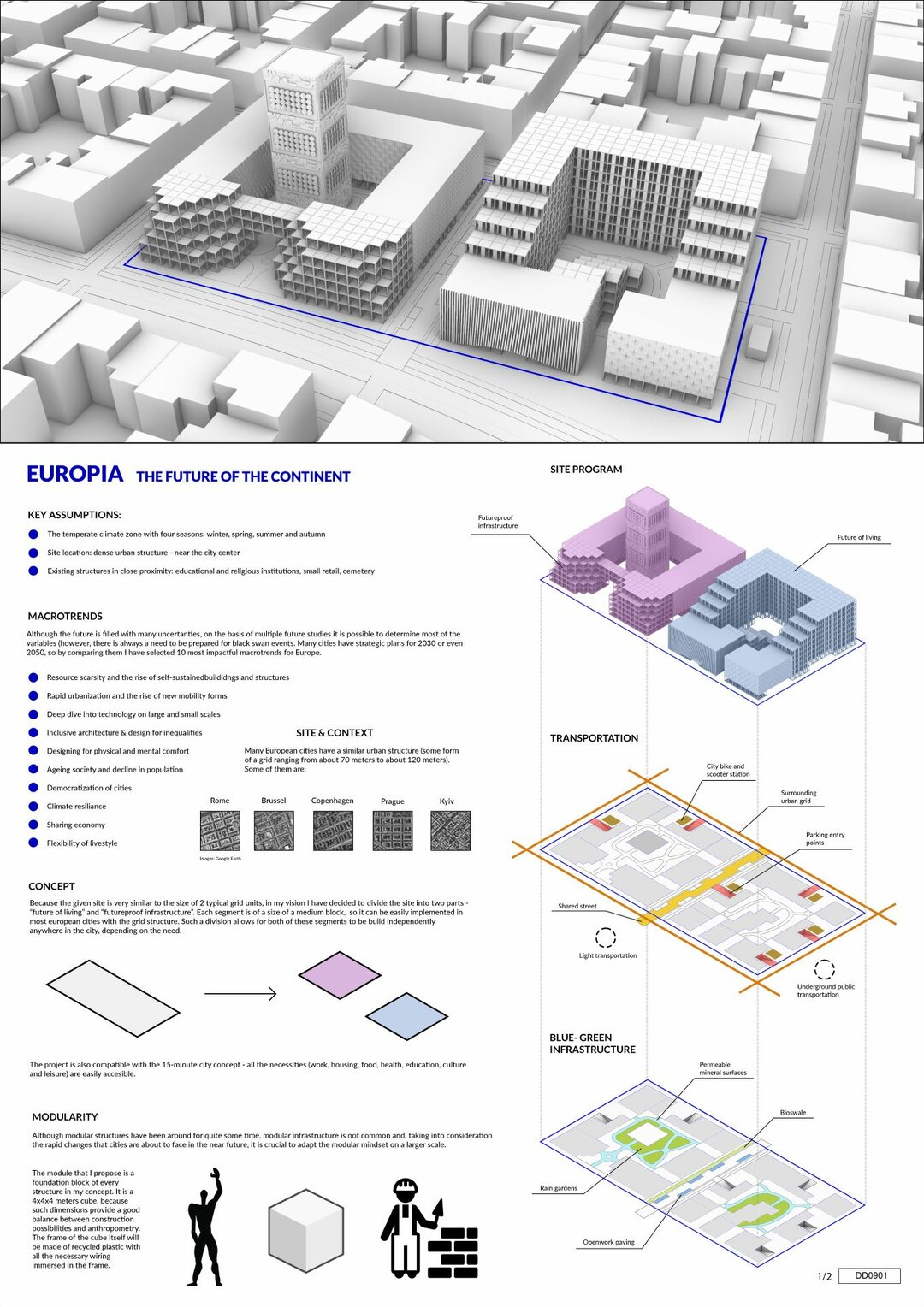 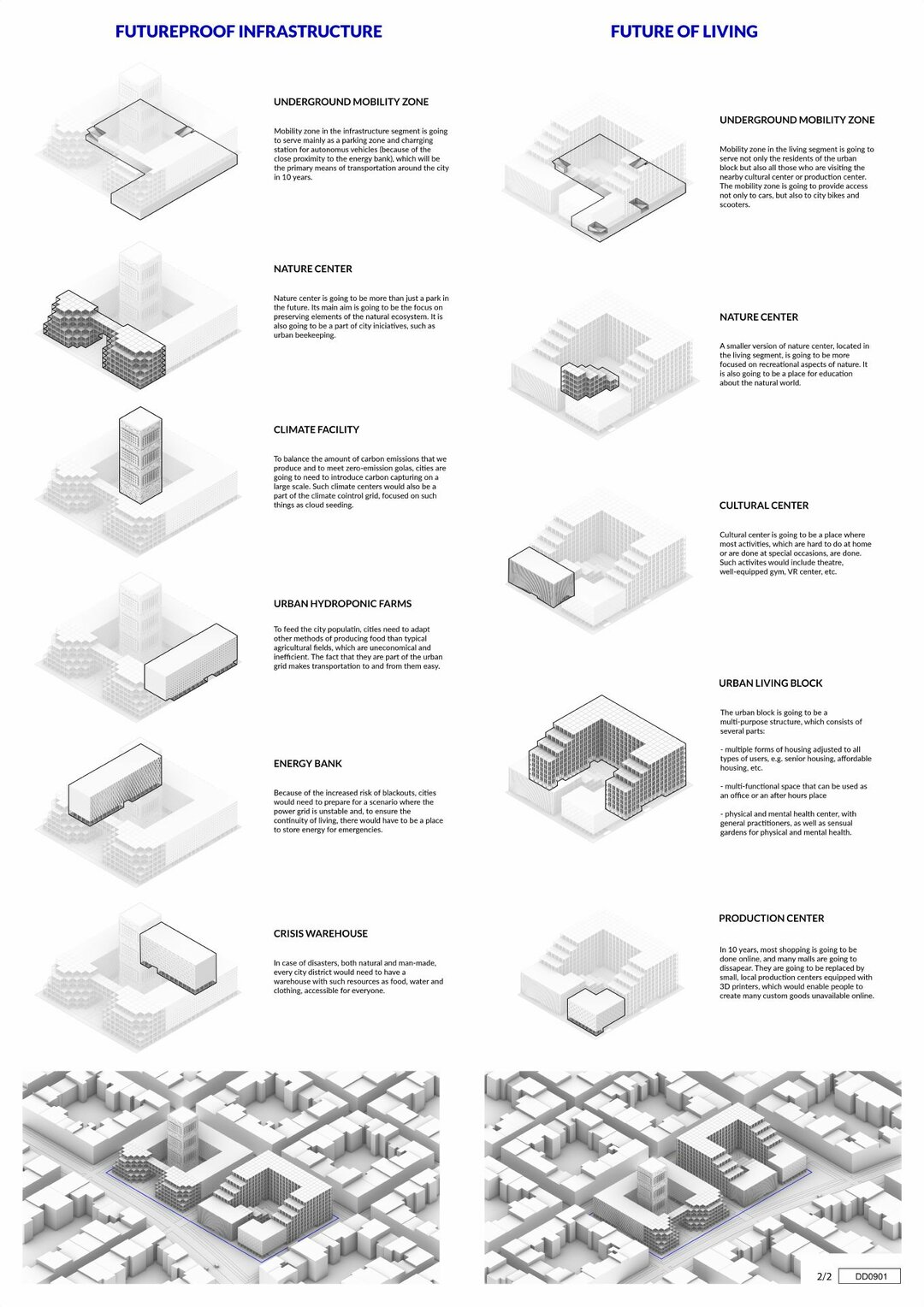 Because the given site is very similar to the size of two typical grid units, in my vision I have decided to divide the site into two parts - “future of living” and “futureproof infrastructure”. Each segment is of a size of a medium block, so it can be easily implemented in most european cities with the grid structure. Such a division allows for both of these segments to be build independently anywhere in the city, depending on the need. 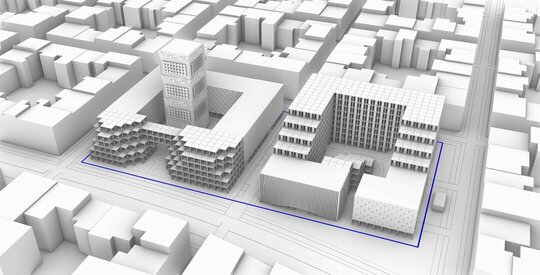 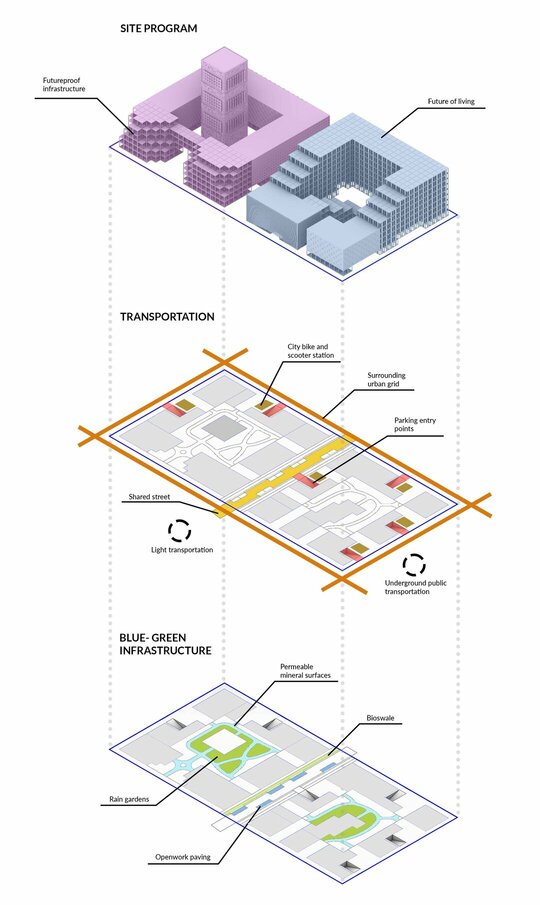 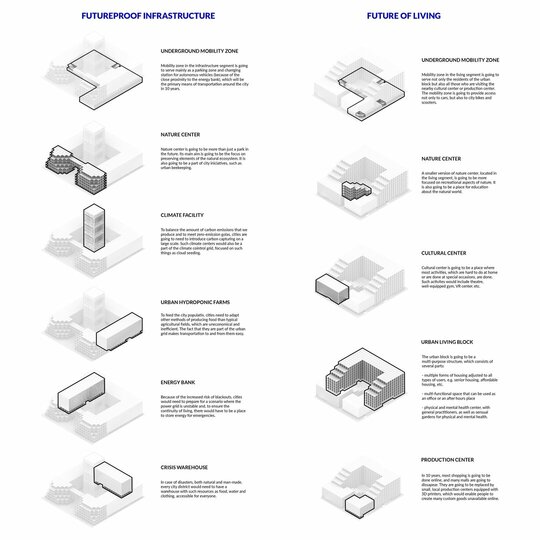 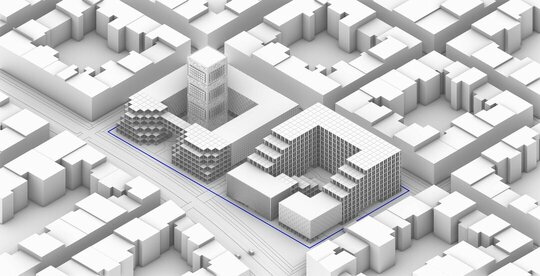 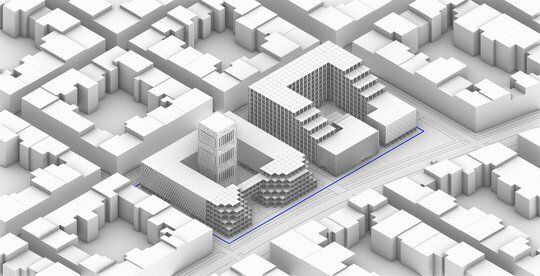 Arjan Dingsté: The project in its textual exploration is posing interesting thoughts on reinterpretation of current day programs and typologies as well as the invention of new programmatic realms. The translation of these contemplations into spatial structures seems however not to make the connection to what this would really mean and ask for in both its urban or architectural translation.

Dimitris Pergamalis: The project stops at replicating existing urban patterns, superficially studied. The author doesn’t take the time to envision what the future can bring.

Andrei Șerbescu: While the entry has a good sense of city-scale and it is true that the site’s division could help for a better integration within the European cities’ grids and blocks, it doesn’t add too much to this. The suggested type of urban block is not very appealing, and it raises lots of questions and potential problems.