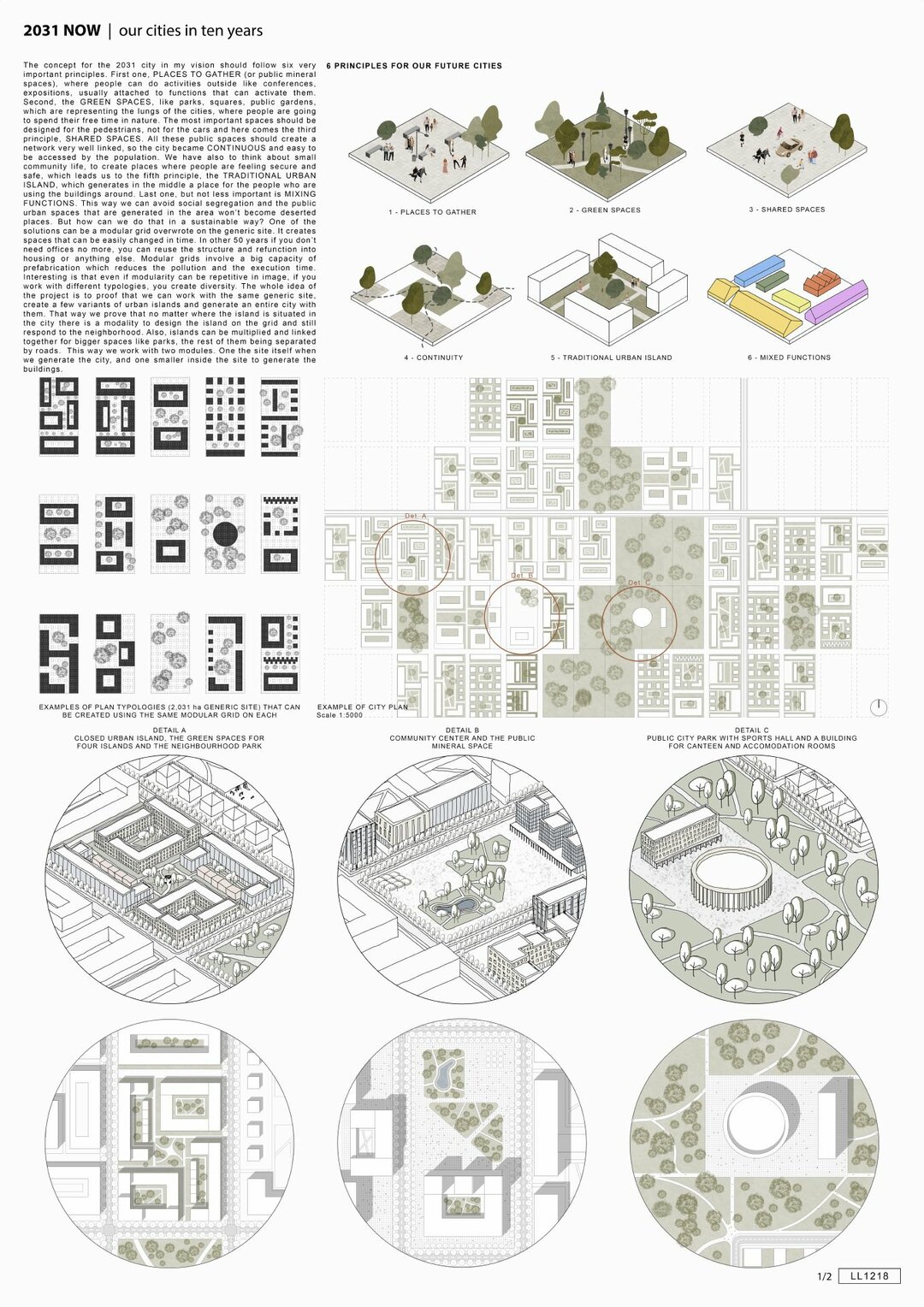 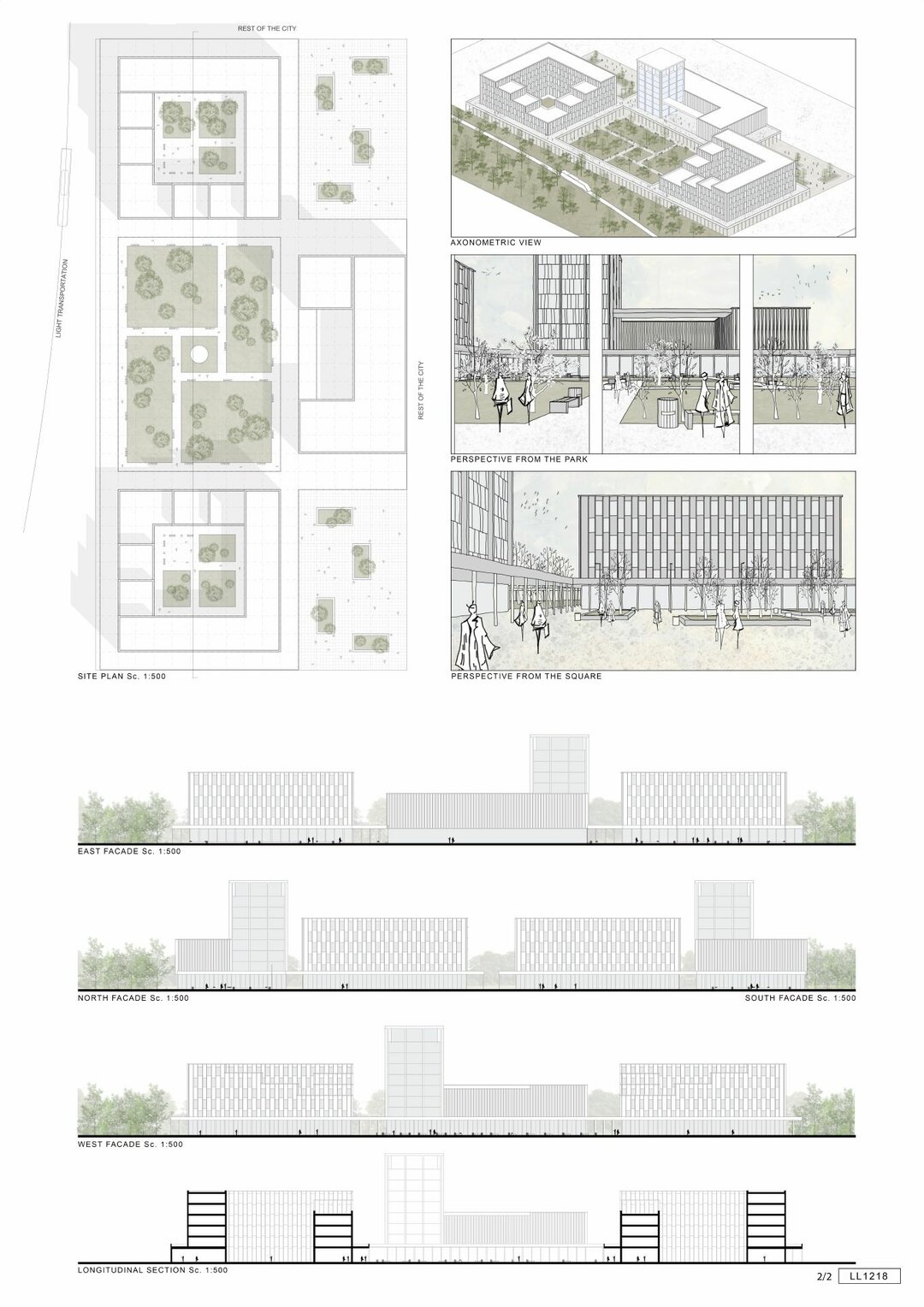 The concept for the 2031 city in my vision should follow six very important principles. First one, PLACES TO GATHER (or public mineral spaces), where people can do activities outside like conferences, expositions, usually attached to functions that can activate them. Second, the GREEN SPACES, like parks, squares, public gardens, which are representing the lungs of the cities, where people are going to spend their free time in nature. The most important spaces should be designed for the pedestrians, not for the cars and here comes the third principle, SHARED SPACES. All these public spaces should create a network very well linked, so the city became CONTINUOUS and easy to be accessed by the population. We have also to think about small community life, to create places where people are feeling secure and safe, which leads us to the fifth principle, the TRADITIONAL URBAN ISLAND, which generates in the middle a place for the people who are using the buildings around. Last one, but not less important is MIXING FUNCTIONS. This way we can avoid social segregation and the public urban spaces that are generated in the area won’t become deserted places. But how can we do that in a sustainable way? One of the solutions can be a modular grid overwrote on the generic site. It creates spaces that can be easily changed in time. In other 50 years if you don’t need offices no more, you can reuse the structure and refunction into housing or anything else. Modular grids involve a big capacity of prefabrication which reduces the pollution and the execution time. Interesting is that even if modularity can be repetitive in image, if you work with different typologies, you create diversity. The whole idea of the project is to proof that we can work with the same generic site, create a few variants of urban islands and generate an entire city with them. That way we prove that no matter where the island is situated in the city there is a modality to design the island on the grid and still respond to the neighborhood. Also, islands can be multiplied and linked together for bigger spaces like parks, the rest of them being separated by roads. This way we work with two modules. One the site itself when we generate the city, and one smaller inside the site to generate the buildings. 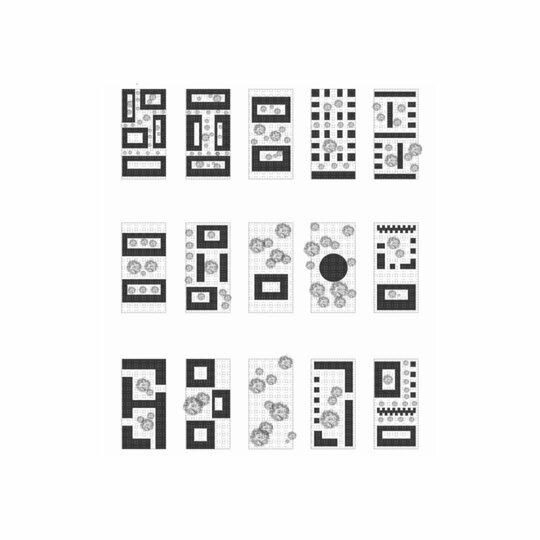 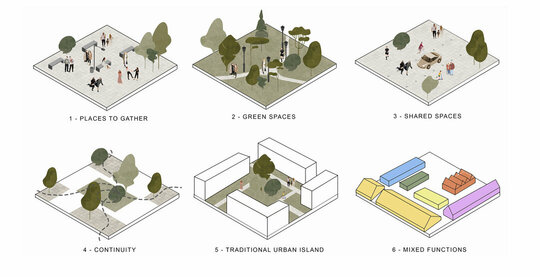 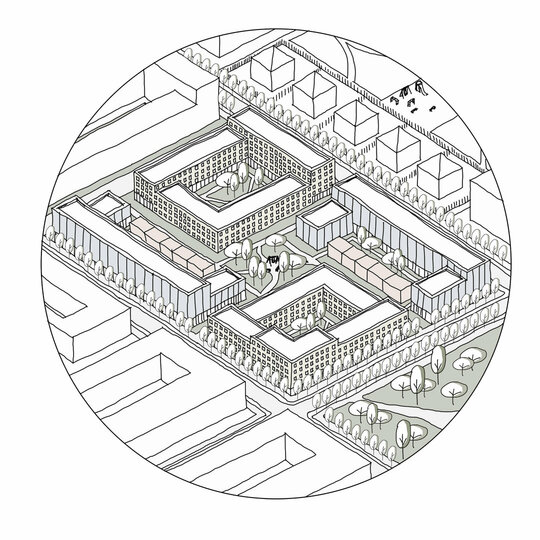 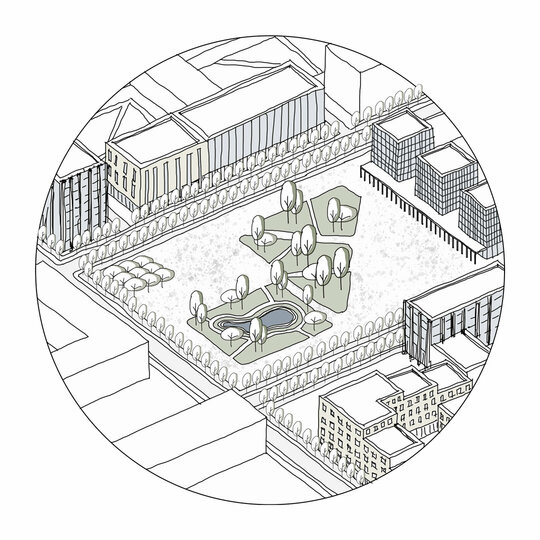 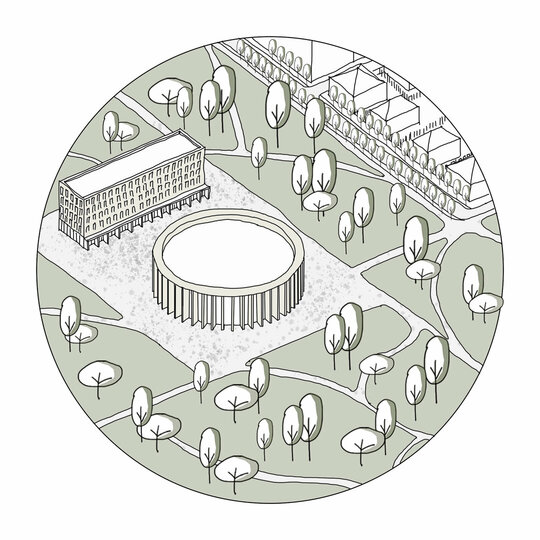 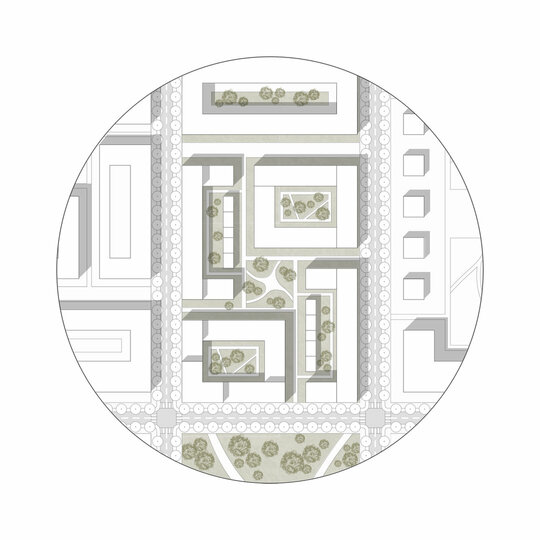 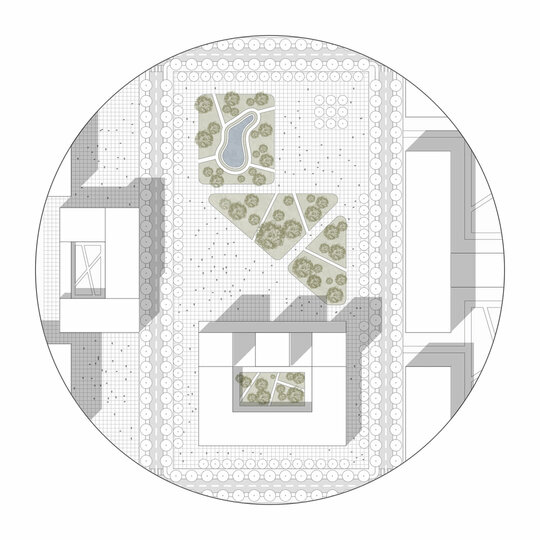 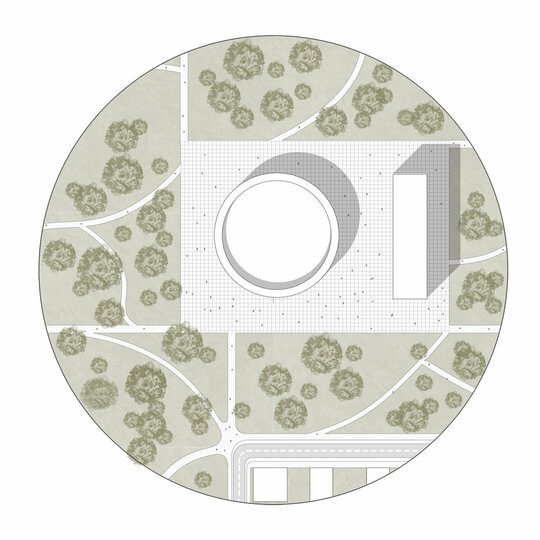 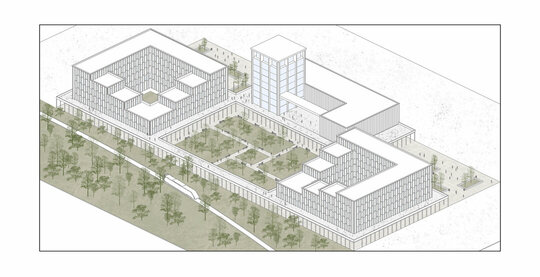 Axonometric view of the proposal 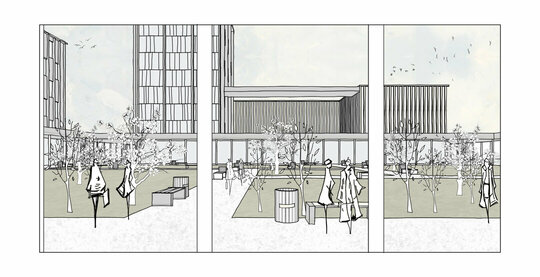 Perspective from the park 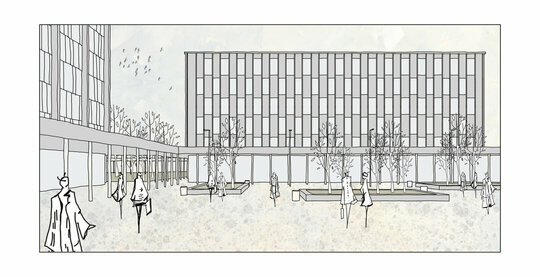 Perspective from the square

Bruno Andreșoiu: Although useful in practice, one could see modularity as a rather outdated and exhausted concept for future urban planning, that has to cope with much more complex realities. For that, the outcome is no very imaginative, interesting and challenging. The presentation is somehow coherent with the concept…

Arjan Dingsté: The project has used the competition's module as a modular 'Lego' like brick to develop a future grid city.

The project strives to create balance between green and built areas in an interesting composition.

Dimitris Pergamalis: Modularity is always a great idea; it gives flexibility, it eases the applicability on different sites, in different situations. Unfortunately, the Modular Green City seems cut out from the past, more than envisioning the future.

Andrei Șerbescu: The entry starts by stating some correct, widely accepted principles, norms which should guide all our actions as planners of any kind now. Then, it adds modularity as a strategy which could help applying these principles at different scales. Everything is common sense and very credible. Yet, we cannot actually grasp the project’s idea and form, as it stays too generic. None of the sketched city islands can be looked at as a tempting proposal for the design brief’s 2ha site, as they all remain quite vague and don’t seem to use this given perimeter as a way to reinforce any of the layouts.