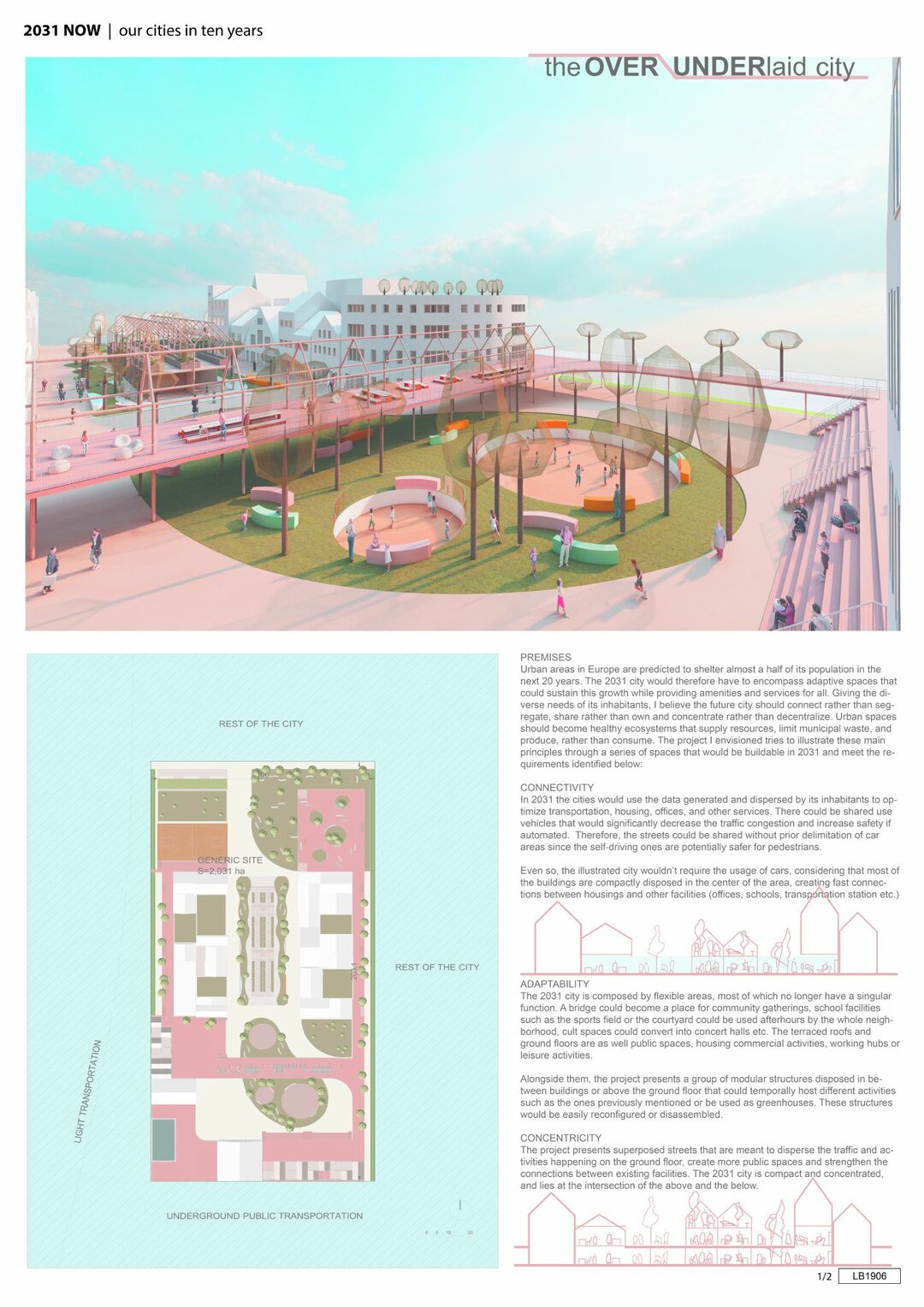 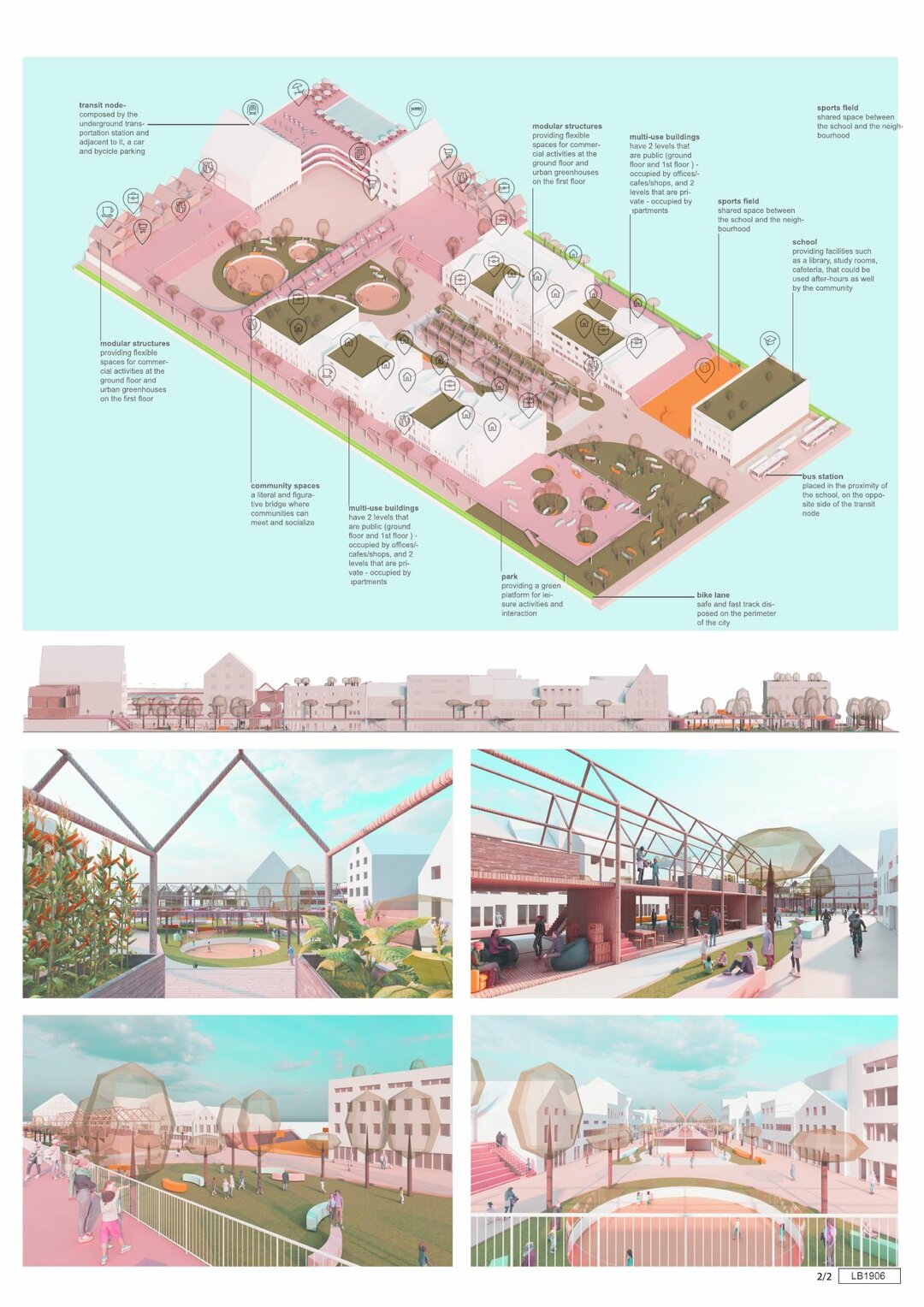 Urban areas in Europe are predicted to shelter almost a half of its population in the next 20 years. The 2031 city would therefore have to encompass adaptive spaces that could sustain this growth while providing amenities and services for all. Giving the diverse needs of its inhabitants, I believe the future city should connect rather than segregate, share rather than own and concentrate rather than decentralize. Urban spaces should become healthy ecosystems that supply resources, limit municipal waste, and produce, rather than consume.

The project I envisioned tries to illustrate these main principles through a series of spaces that would be buildable in 2031 and meet the requirements identified below:

In 2031 the cities would use the data generated and dispersed by its inhabitants to optimize transportation, housing, offices, and other services. There could be shared use vehicles that would significantly decrease the traffic congestion and increase safety if automated. Therefore, the streets could be shared without prior delimitation of car areas since the self-driving ones are potentially safer for pedestrians.

Even so, the illustrated city wouldn’t require the usage of cars, considering that most of the buildings are compactly disposed in the center of the area, creating fast connections between housings and other facilities (offices, schools, transportation station etc.)

The 2031 city is composed by flexible areas, most of which no longer have a singular function. A bridge could become a place for community gatherings, school facilities such as the sports field or the courtyard could be used afterhours by the whole neighborhood, cult spaces could convert into concert halls etc. The terraced roofs and ground floors are as well public spaces, housing commercial activities, working hubs or leisure activities.

Alongside them, the project presents a group of modular structures disposed in between buildings or above the ground floor that could temporally host different activities such as the ones previously mentioned or be used as greenhouses. These structures would be easily reconfigured or disassembled.

The project presents superposed streets that are meant to disperse the traffic and activities happening on the ground floor, create more public spaces and strengthen the connections between existing facilities. The 2031 city is compact and concentrated and lies at the intersection of the above and the below. 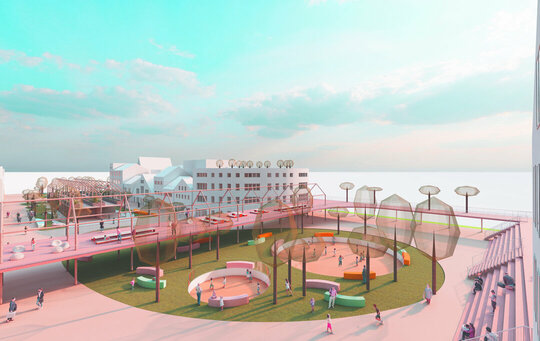 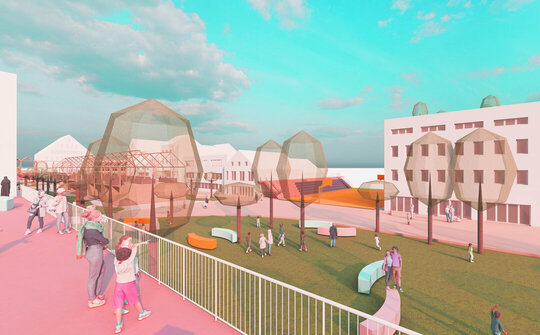 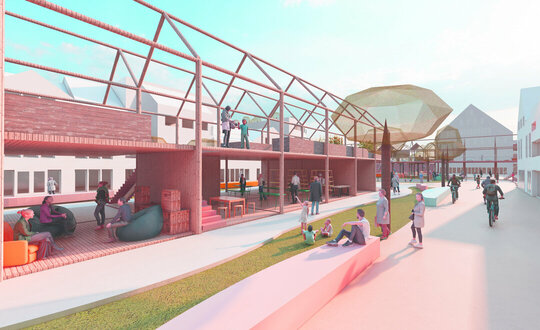 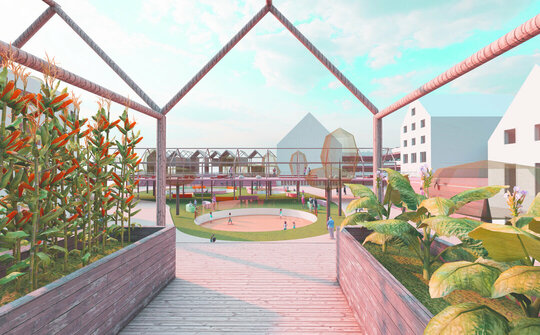 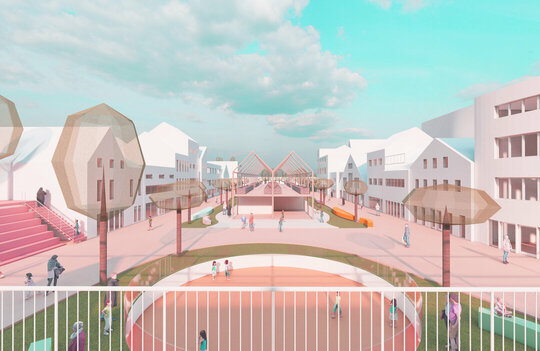 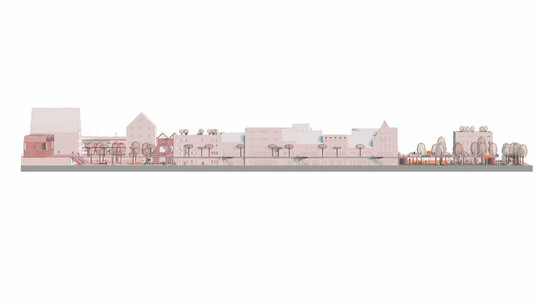 Bruno Andreșoiu: More a kind and gentle utopian settlement then a true vision for future cities, the project lacks richness precisely in the areas that should have been its strengths: connections, density and diversity.

Arjan Dingsté: The project is well communicated both in text as in presentation material. The idea of an urban furniture piece adaptable to different usages is interesting as a concept, maybe lacking a bit of realism for usability, but overall imaginative and balanced in composition.

The surrounding residential and office program seems however more of placeholder and has an unrealistic density in relation to daylight entry (usability) of the floors. It would have been interesting to understand how these programs would interact with this furniture piece.

Dimitris Pergamalis: An idyllic settlement, oriented towards housing and public spaces, and less towards the office field, as the theme suggested. A friendly environment that can surely work or it already does in many parts of the world. The idea of a multifunctional open “bridge” as a central connection point is attractive and gives The over underlaid city its own personality.

Andrei Șerbescu: With a very “politically correct” statement, this entry underlines three major needs that we can only agree with. Further than that, the design remains quite naive and lacks the strength to illustrate an architectural vision for shaping a veritable answer to any of these needs.